We bought dark kitchen towels to wipe our iron woks, which tend to leave rust-coloured stains—at least temporarily. But Ammu got her hands on one of them, and made it much too pretty to wipe anything with. 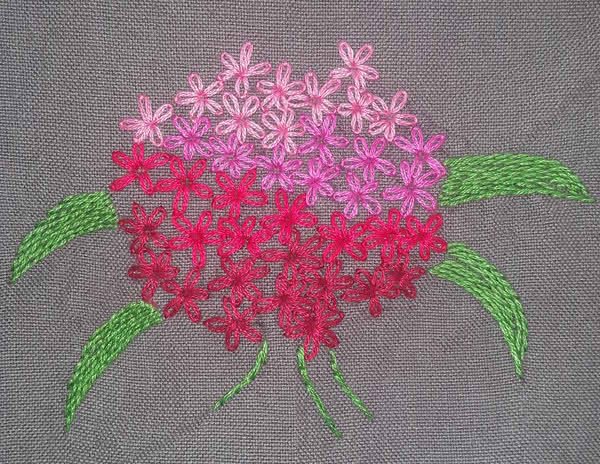 I remember, as a child, reading about the discovery of the cave paintings in Altamira by an eight-year-old, and her wonder at seeing bison and other animals seeming to dance in the flickering light of her torch.

Despite my fascination with palaeolithic rock art, I had never seen any. I had read about cave paintings at Lakhudiyar near Barechhina in Almora district, the best-known of Uttarakhand's many such sites. It's not far from where we live, but not close enough for a casual visit either. We had an opportunity to stop for a few minutes on a recent drive past Barechhina.

It's not really a cave, just an overhanging rock face; and it's a far cry from Altamira. In fact, it looks a little like it might have been the work of a bored schoolboy waiting for a bus home. But there's an ASI “protected heritage site” notice-board, so it must be legit… right? 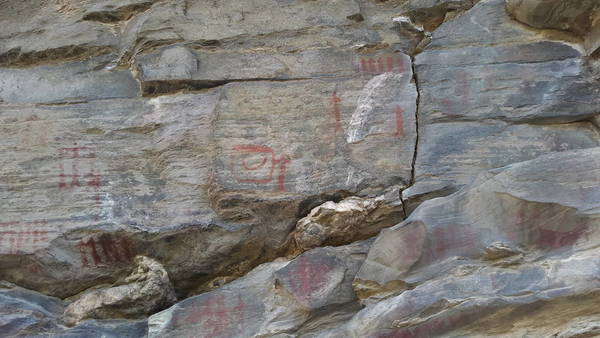 Notice the obvious (and accurate) “hairpin bend” road sign in the centre of the image. The paintings are a bit repetitive, and unfortunately the ones closer to the ground are quite worn.

Here's a video that shows more of the rock face, and another that shows the approach to Lakhudiyar.

I was at the UP Bird Festival in Chambal, tempted mostly by the memory of seeing many crocodiles. There were very few crocodiles this time, but we found a medium-sized Mugger Crocodylus porosus sunning itself on the bank towards the end of our trip.

I had promised Hassath that I would take a crocodile selfie but alas, I managed to omit the actual crocodile. The crocodile-shaped object up on the bank is (what else?) a log. 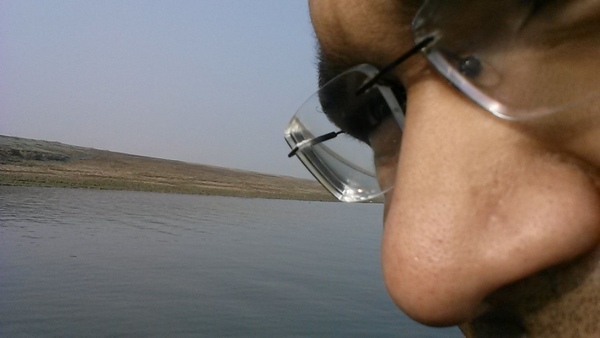 The crocodile was there, though, just beyond the edge of the frame. 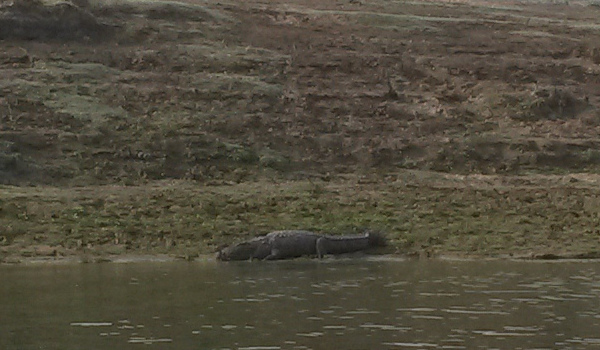 Today I recorded a Yellow-bellied Prinia Prinia flaviventris calling in the Typha reedbeds at Okhla Bird Sanctuary in New Delhi. The bird was very close to me—though I could not see it in the overgrown reeds—and one can hear its wing-snapping display in the recording. The incessant drone of Cicadas provides a backdrop.

Here's an MP3 file (which I created using Audacity), and here's an old photo of the species, also from Okhla. 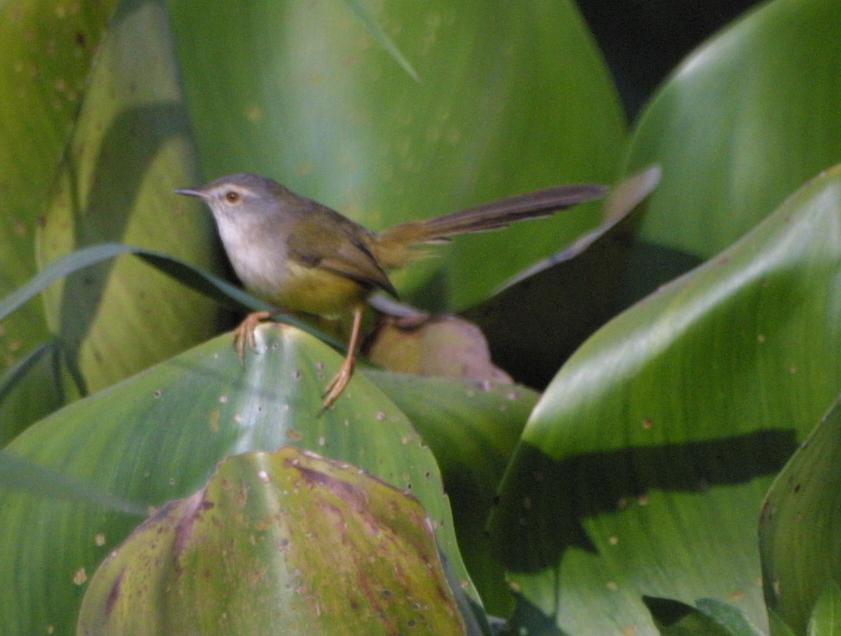 (There are much better photographs on OBI.)

This is the first time I have used my new Olympus LS-11 recorder, and I am very impressed with the sound quality I obtained, given my complete inexperience at nature sound recording. I used the default 44.1KHz/16-bit settings, with the "low" mic sensitivity setting, and a recording level of 10.

I am delighted to have been able to record one of my favourite singers as my first subject. I've always tried and failed to describe the call to people, but now I can let the bird speak for itself. 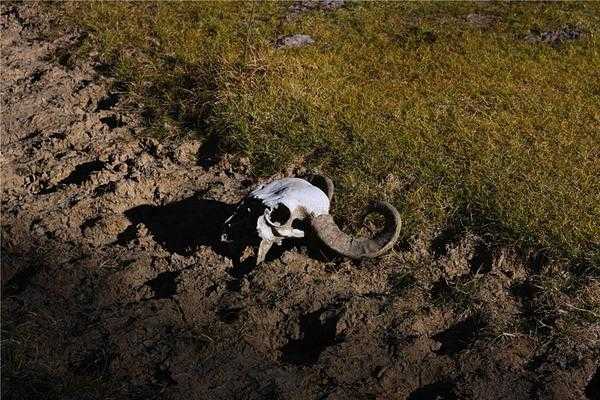 Baby squirrels looking adorably sinister as they take up positions around a telephone pole: 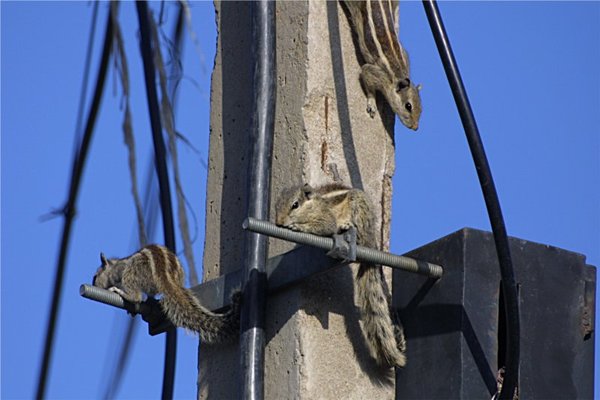 Now, where can I find a Morocco Mole?

Here's a very distinctive-looking moth I photographed near Sat Tal lake in Uttarakhand in September 2009. 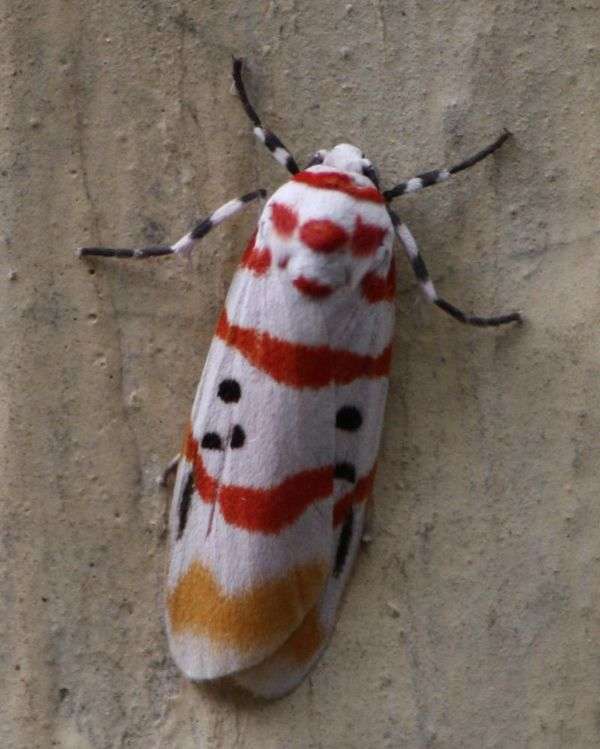 I don't know what species it is.

Update (2017-06-02): Seven years later, Sanjay Sondhi of The Titli Trust identified my moth at a glance as Cyana belissima. Thank you, Sanjay!

I was going through some old photographs, and I found the following one from Hassath's and my first trip to Munsiari in December 2005. 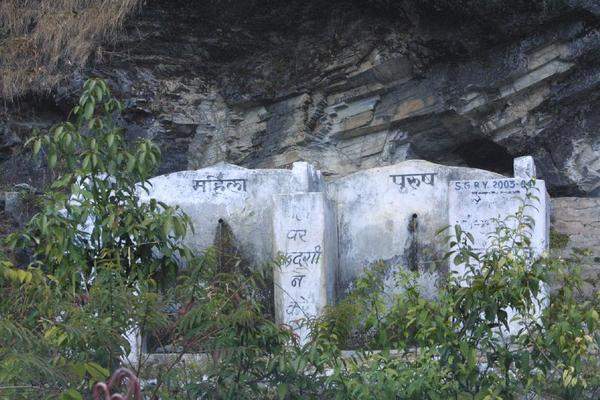 It shows two public bathrooms, both visible from the main road leading to Munsiari. The one on the left says "women", and the other one "men".

(With apologies to everyone who has seen this before.)