I have never had a refrigerator that was not subject to periodic power failures. The severity and frequency of the outages varied from several small interruptions per day to extended power failures lasting sixteen hours or more; the former could be ignored, while the latter usually meant throwing everything out and starting afresh.

As I grew up and started working with computers, a succession of power backup devices entered my life, and I eventually became accustomed to “uninterrupted” power, but it was strictly rationed. I was never able to connect anything but the computers and networking equipment to the UPS, and certainly nothing like a refrigerator.

So I have never experienced refrigeration as it is meant to be.

Until now. Thanks to our solar power setup, we have been able to keep our refrigerator running without interruptions for several weeks on end. Suddenly it feels as though we have a magical new refrigerator in which food doesn't spoil. Coriander and green chillies stay fresh and usable for days. Cream skimmed off the top of boiled milk is something we can collect for the rare fettucine alfredo. Our precious cheese collection is something we can enjoy at leisure. These days we don't have much in the way of leftovers, and we can use fresh vegetables from our kitchen garden often enough that we store only a few in the refrigerator, but everything remains usable for an absurdly long time.

Today is a festival that has something to do with a water monster. I'm not very clear about the details, but there's a crocodile (or half a crocodile) involved in some way, and that's good enough for me. So in honour of the water monster, we cleaned the fridge today. Nothing was spoiled, and the dreaded “fridge smell” was very faint. The fridge is now spotless, and the monster is appeased. 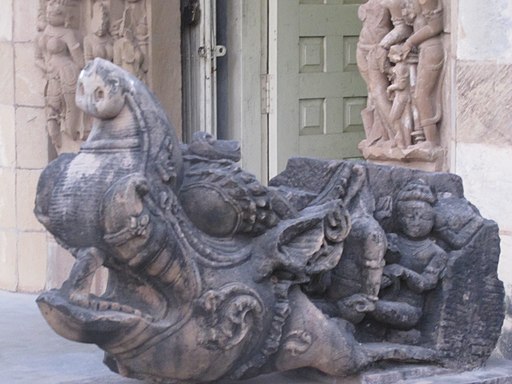 Sometimes the most mundane of insights can seem profound if it comes from experience: modern refrigeration is pretty nice.