I have now lost count of the number of forwarded copies of the “A scientist found a bird that hadn’t been seen in half a century, then killed it” mail that people have sent me. The collection of a Bougainville Moustached Kingfisher specimen by an AMNH team in Guadalcanal has drawn intense criticism and reignited the debate about whether scientific collection is justified or even necessary. 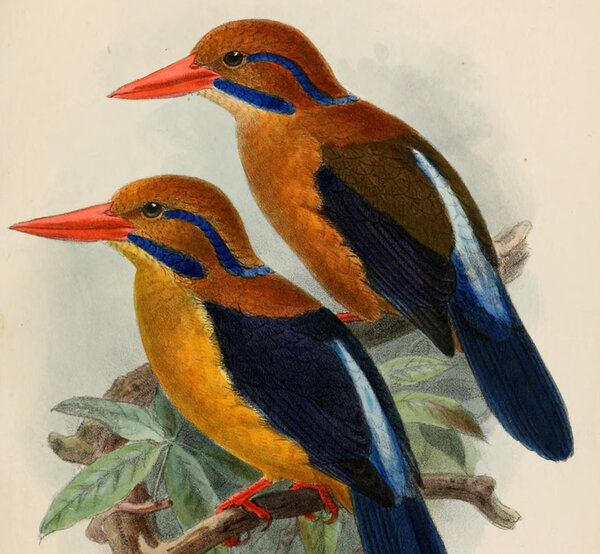 I don't have anything new or insightful to add to this debate.

As a bird-watcher, of course I prefer live birds to dead ones, so I appreciate and can relate to the passion with which many have argued that we should, above all, do no harm, and that we should be working harder than ever to keep them alive.

As a realist, I must admit that most of what I know about live birds comes in one way or another from dead ones (and the people who killed them), perhaps especially from ones that died long before the ethics of collecting specimens were debated at all.

I am not a conservationist or a biologist, and I have to live with this uneasy equilibrium, lacking enough perspective to pick one side and stick with it, and certainly not knowing enough about any specific incident to either condemn or condone it.

I do know a thing or two about data, however, and I've heard suggestions that we can take some definitive set of measurements from a live bird in lieu of a specimen—or that we should at least be working to develop such an ability—and that once we have it, we won't need specimens any more.

I think we're far from being able to take a complete “snapshot” of a bird good enough to consider as a primary source of data about a new species, but of course we can improve the nature and quantity of information that can be collected from live birds without causing much distress, and I'm sure that would be good news for everyone.

For any given research topic, one could imagine a set of observations that would answer the question without a specimen. For example, the oft-cited research that established a link between DDT and a thinning of egg shells in various raptors could have been done if the eggs had been measured and their thickness recorded at various points in some non-destructive manner.

But at any given time, there will always be some measurements we can't take and questions we can't imagine. In representing a live bird as data, we will always be limited by the current state of the art. Unless we never ask new questions or improve our instruments of measurement, we will always lose something in the summarisation. (Some information is lost even in the current specimen preservation process. I don't think we're in a position to research, say, trends in the heart size of raptors over time.)

We can choose to forego the preservation of a type specimen, and perhaps in future our snapshots will improve to a point where this decision becomes easier, but it will always involve a compromise one way or another.

(Please ignore this link if you don't know what git is)

Aside: This dichotomy reminds me of a fundamental design principle in Git, which differs from most other version control systems in storing a complete tree of files for every commit, rather than a summary of the differences from the previous commit. This decision enabled features like rename detection across merges to be improved progressively without changing the data format, because the detection is always done using state-of-the-art code against the complete, canonical data, rather than relying on decisions taken by older code with less context available.