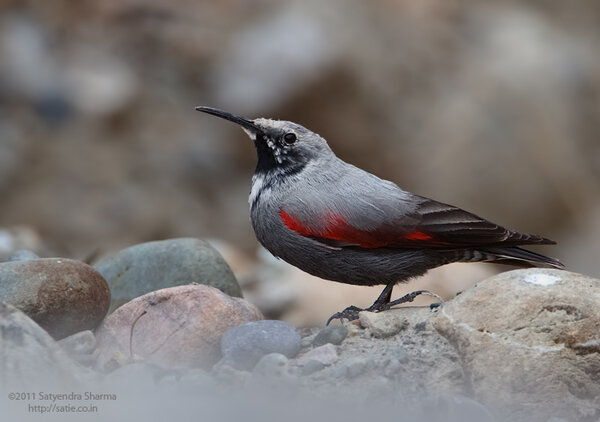 This chapter was commissioned by SAMS Publishing for "Red Hat Linux 7.2 Unleashed" in 2001. They graciously allowed me to reproduce the text here (with minor changes to the original).

A short while ago, in a forgotten land, lived a fairy. She was, contrary to popular supposition, not young beautiful and kind, but fat, short, ugly and severe. Her land was a beautiful land, where everyone worked together for the good of the land and each other. This poor fairy protected her people from the charms of the evil, rich witch. The fact that the witch was evil should tell you all about her. She was a capitalist witch trying to destroy the economy of the land. Quite unlike her fiercely communist counterpart, the witch was slim, tall and beautiful. Several of the more impressionable workers fell under her spell and gave up their socialist ideals for more worldly ones. Since only the hard-headed party workers stuck to their ideals, the usually hard-working nation began to show signs of discord.

The fairy noticed something was amiss when her leprechauns began to show signs of disobedience and inefficiency, both of which the fairy hated. Unbeknownst to her, they were falling for the witch and her ideas. The usually docile leprechauns were fast being transformed into evil little entrepreneurs, ready to start production of capitalist propaganda booklets. After certain discreet enquiries, she came to the conclusion that someone was infringing on her territory. The poor fairy was, understandably, a member of the fairies' union. What this association lacked in funds, they made up for in goodwill and organisation. The fairy appealed to them for help against the rich witch. After lengthy deliberations, they decided to wage war. A nationwide emergency was declared and the process of liquidating the witch was begun. Several enthusiastic young members were overheard by the press saying that things would soon become too hot for the witch to handle. Of course, because of the emergency, they could not print this information.

This was not easy. The witch, after such an encouraging response from this land, had no intention of leaving. She had grown eviller and richer than ever, and commanded a large army. When she heard rumours about the attack, she flew in a whole contingent of junior capitalists (Shelved elves, limp imps, chrome gnomes, evil weevils and gobbling goblins).

The war, like many other wars, was very boring to watch. Though the fairies' union succeeded in sowing the seeds of discontent among the workers whose hearts the witch had so insidiously won over, the witch was strong enough to resist any uprisings. However, when the witch became old and fat from her profits, the workers drummed her out of the land. Her refusal to allow them to produce for anyone but herself shattered their dreams of a free market economy and gave them the courage to act against her.

After a brief session of massive restructuring, everyone breathed a sigh of relief at the once more orderly state of the land. The fairy returned triumphantly to her club, The Antibodies Association, while the witch and her cohorts plotted revenge at their club, Viruses and Bacilli Private limited.